For 95 years, Saint Stephen Parish has been East Grand Rapids, Michigan’s Catholic community “full of faith and the Holy Spirit”. Find out about how we got to where we are, and the story of our faith family. 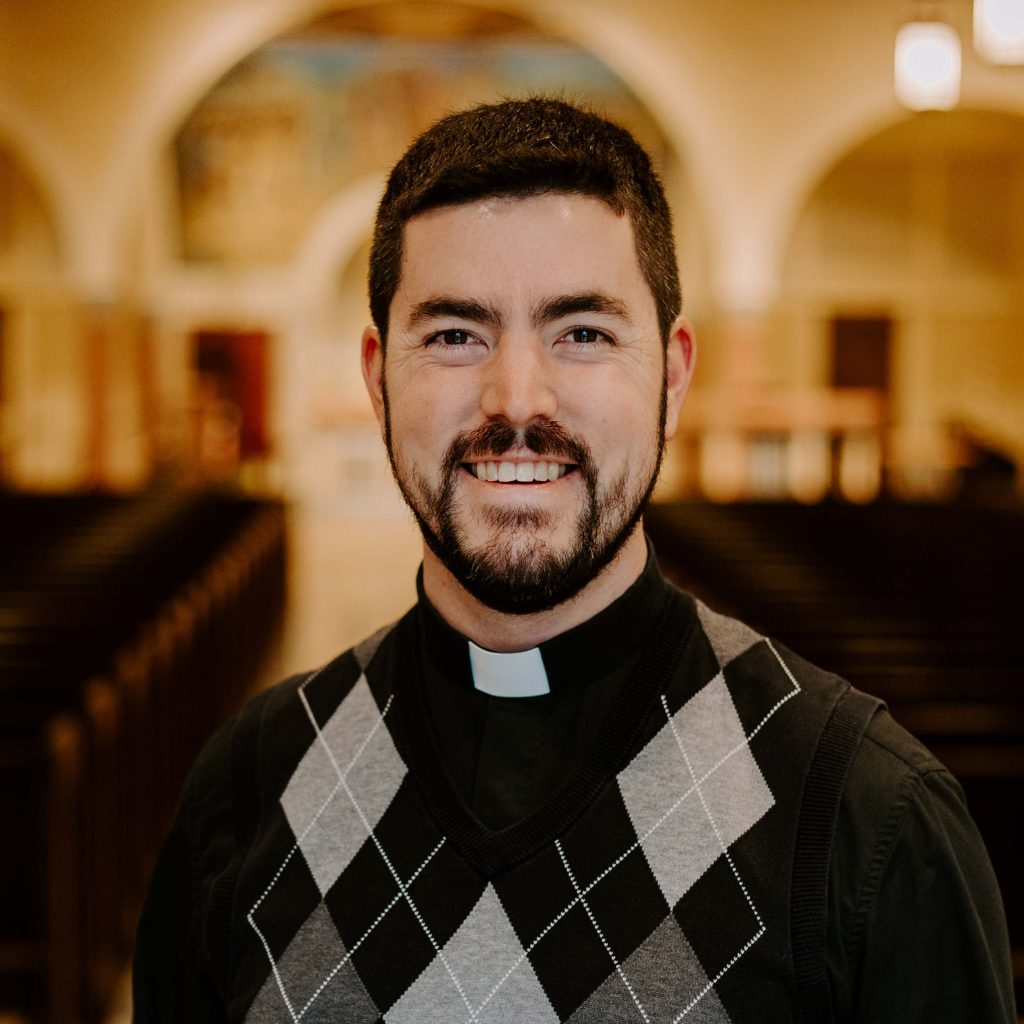 Over the years, Saint Stephen has been led by thirteen pastors and over twenty associate pastors. Since our founding, the Diocese of Grand Rapids has seen ten bishops and two auxiliary bishops – one of whom also served as our pastor – and eight popes have reigned.

Vocations (Priests From The Parish)

Our parish keeps a small but growing collection of pictures that are important and telling as regards the history of Saint Stephen.  Please contact the parish office if there are any photos that you think would be a good addition! 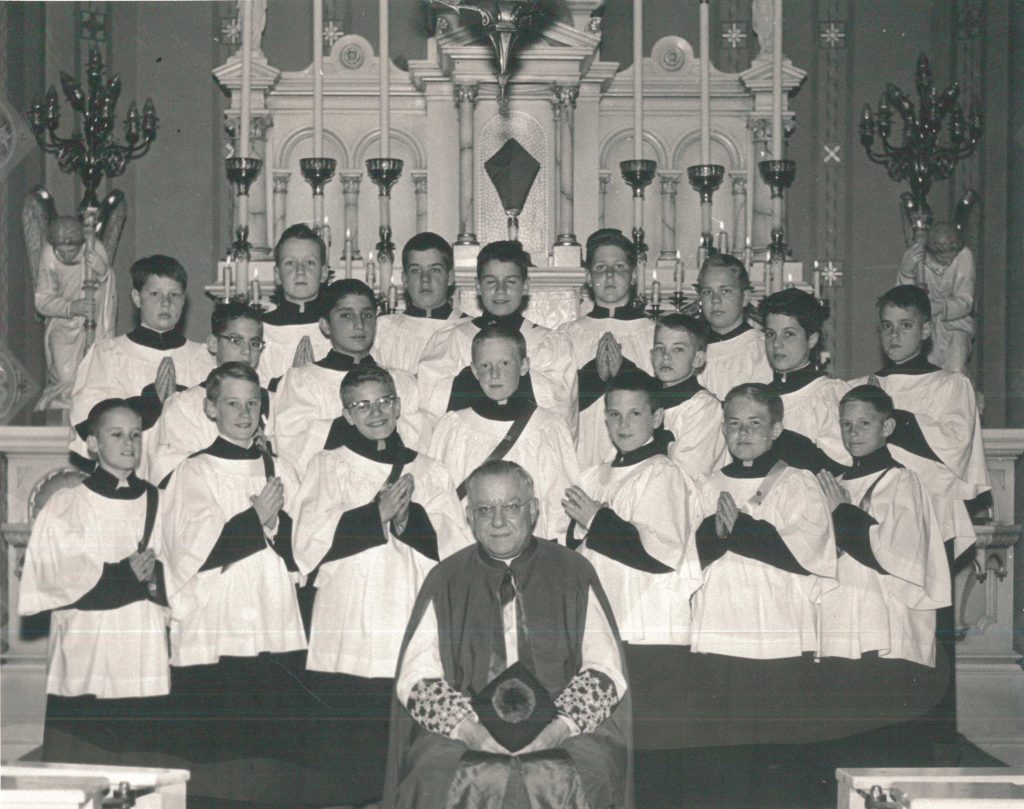 Saint Stephen has had two satellite churches which have gone on to be incorporated as parishes of their own:

Full of Faith & the Holy Spirit

A Brief History of Saint Stephen

In 1923, in a pastoral setting on the corner of Rosewood and Franklin Avenues in East Grand Rapids, property was purchased by Bishop Edward D. Kelly for a new parish from a portion of the Cathedral parish. At the time, two small houses, a barn, four shacks used by passing hobos, and a large pond were on the site. A goat grazed on the prairie grass. The roller coaster roared a few blocks away at Ramona Park. It was not an impressive sight. Later, in 1929, Father Leo Farquharson, the first pastor of Saint Stephen, remarked that he wished he had taken a picture of the site before construction began, but he had been too discouraged to do so.

Father Farquharson, having been a seminary professor from the time of his ordination a decade prior, had practically no experience in the management of parish affairs. Nonetheless, he immediately began the construction of the parish as Bishop had requested, and the original combination church-school building was completed in 1924 and the parish opened that May.

For some years afterward, an old farm home on the property served as a Sisters’ home. For the first year of the parish’s life, Father Farquharson maintained his residence at Saint Joseph’s Seminary, only moving to the parish in June of 1925. He first roomed with the Burns family on Rosewood Avenue, then moved into a small office in the school featuring a bed, a hot plate, and an icebox.

During the next few years, the parish grew. A Women’s Guild and a Holy Name Society were initiated and flourished; fundraisers were held to help retire the $88,353.14 debt for the building; potluck dinners and dances drew many parishioners. Even during the Depression, the debt was reduced because of the dedication of the parishioners and the pastor.

In 1941, the present rectory was built at a cost of $40,000. In 1943, the Memorial Shrine was erected on the lawn of the rectory to honor the young men and women from the parish who served in the armed forces during World War II.

After the war, it became apparent that the parish was outgrowing its facilities. More than 600 families were now members of Saint Stephen and the school no longer could hold all the children who wanted to attend. In 1951, a capital campaign to raise $400,000 was initiated. The ambitious program added five classrooms, a gym, and the new convent, an extension of the church (to the sidewalk on Rosewood), new pews, and new equipment in the school. In 1959 and 1960 a second expansion of the school added eight more classrooms. The parish exceeded its fund-raising goal by more than $8,000.

As the Church absorbed the changes brought about by Vatican II, Msgr. Edward Alt, fifth pastor of Saint Stephen, was confronted with building issues as another renovation of the Church had been completed. In addition, it fell to him to calm the tumult created by not only the renovations but the 1960’s era. He was successful in melding the community into a parish that absorbed the shock of the changing Church and changing American society. During the ‘60s, Saint Stephen also was responsible for starting the parish of Saint Paul the Apostle. It was considered a satellite of Saint Stephen.

Through the 1970s and 1980s, Saint Stephen continued to grow and change, thanks not only to the dedication of its pastors but also to the hard work and energy of its parishioners. As more women joined the workforce, the Women’s Guild faded, but other parish-wide activities were born and flourished, including Adult Education lectures, receptions, and the revitalization of the Rite of Christian Initiation for Adults.

In the 1990’s Saint Stephen celebrated 75 years as a Parish. During this time the Parish was introduced to and grasped the concept of Stewardship: Time, Talent, and Treasure, securing the Saint Stephen as it entered the 21st Century.